A New Method to Learn Arabic

Learning languages has been always very important during the human history.

However, the degree of difficulty is variable from a language to another.

Arabic is one of the most difficult languages that people from different lingual backgrounds find so difficult for several reasons that personally call psychological more than technical.

– The Alphabet: The Arabic characters are unique and has very specific forms.

These letters can be found in very limited other languages which are not really as spoken as Arabic in term of speakers’ number.

– The Forms (Shekel الشكل):    while most of the languages have a single sound for each letter. Arabic letters has 7 sounds for each For example the letter ب    Bmay sound as the following :

– The written language: While most of the languages start from the left to the right, Arabic has an opposite style by having the sentence written from the right to the left. The difficulty here is more psychological die to the mental habits of writing the other way. This problem can’t be so hard to solve. All what the student needs to practice a bit and he can easily overcome it in a short period of time

NB: This problem may not exist for very young learners because of the fresh brain and capacity in adapting any new style.

– The structure of the sentence:  It will be surprising to most people to know that Arabic has so similar sentence structure to Latin languages.

• Subject is not always required to mention

The structure is so similar here to the ones in Persian and Turkish.

Present(continuous form all the time):

The kids are studying Arabic.

Future :  Future is similar to English ,it has two main forms :

I will go to France

This future expresses the possible happening of an event if the future which is not certain.

I am going to France.

There are more differences that we will talk about in other articles later.

Now we come to the method of learning Arabic as a second language effectively.

Arabic in fact can be learnt the same way as any other language can be learnt and surprisingly I would say that it’s taught the same method English is taught despite the linguistic differences between the two languages, so how can we do that?

Before I start this method is exclusively created by the Speaking Cats online school.

The method is based on the modern strategies of teaching online and mainly TPR, so it requires changes if it’s held in the actual classroom. Plus, our course is devoted to children but still can be so effective for adults in case there is a real enthusiasm and determination to learn Arabic.

Our method is divided into two parts:

The words are all connected with the verb as the following:

The lion eats the rabbit.

What does the student learn from this structure?

ð With such sentence patterns, the student will be able elaboratethe same structure with different words in the future.

ðThe student learns the tenses, so he can apply themto other sentences.

ð The student learns how to install the forms (shekel) as he will be able to acquire the techniques for changing themaccurately.

This method has been approved effectively with hundreds of our students who found it easier and more enjoyable than other methods.

I said enjoyable because our designed course is based on a wide range of educational unique games which are created specifically forour lessons and where the student plays these educational games with his teacher to memorize the vocabulary and learn the sentences structures.

I hope I have given a hand to those who are tryingto find easy ways to learn Arabic as a second language .As kindly , ask you to have a look at our course on www.thespeakingcats.com

For more details, we will be glad to assist you in reaching your goal of learning Arabic as well as French and English.

We welcome you all. 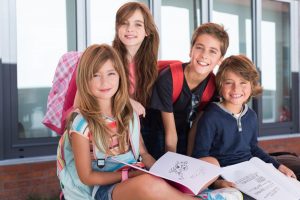 Super Rockets C This course is dedicated to students with...
$15.00

Super Rockets B This course is dedicated to young learners...
$15.00 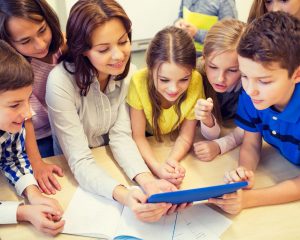 Super kids C This course is dedicated to young learners...
$15.00