The Best Way To Learn Arabic.

Learning additional  languages nowadays is a must rather than an option or a hobby for all of us, regardless the age or the origin that we come from.

As a linguist since 2011 and a teacher of English as a second language in different countries such as Italy , Russia,  Turkey , China , Japan, whether classroom teaching or online teaching , kids; from kindergarten till High school or Adults; from University till 60 years old students or even older – I would like to share with you my personal perspective and the method that I do believe to be  the best for learning languages  in General.
In this blog , I’m gonna take Arabic as an example of a target language to learn .

Before I get into the core of our article, I want to mention that I’m a speaker of 6 languages; Bilingual Arabic & French as mother tongue, English is my professional and daily language for 8  years as I speak Russian ,Italian and Turkish .


One of the most common questions that I often get from students as well as people who want to learn Arabic is ” Why is Arabic hard to learn?  ”
And most of the common answers that I get when I ask them the same question is ” It goes from right to left ” almost opposite to all languages in the world .


Well ,this answers shows that most students judge the form not the content, in other words, they have just revealed an impression or a common attitude before even trying to learn . So all what they have is not more than a shy look from far away without trying to get closer and discover the language itself.


In fact Arabic is not really that hard and it’s not that complicated as much people think .
Arabic has the same basic principles of my other language and even so similar to Latin languages such as French, English and Italian .

Both Arabic and Latin languages have the same elements of the sentence  with slight differences .


Sure there are more complicated structures like  English but these ones come in a later stage .
Here, I would insist on being  systematic and try to be patient in learning any language you wish . Go step by step which is adopted and proved in thousands of researches and by all accredited institutions in the world such as Oxford and Cambridge.

So imagine  you master all pronouns ( 9 pronouns )  plus few verbs and other nouns
You will be able to start generating sentences.

The second big mystery about Arabic is the changes occurring due to the gender of the subject .
In fact, this feature exists in many Latin languages such as French – il  ( he ) / elle (she) –  where the  verbs get affected by the gender of the subject .
In Arabic , it’s even easier than French where most changes occur in the form not the sound what makes it harder for students to memorize. Whoever in Arabic it affects the sound so learning and storing it to the mind is much easier.

You would be surprised if I tell you that in terms of sounds Arabic is easier than English because the Arabic sounds are always pronounced the same way not like English.

Example : ph : f
English:    Enough
Which is not the case in Arabic  ( ف f ) is always pronounced the same way.

NB. What makes the sounds in Arabic is not the letter but some small forms that we use with the letters- on / under. ( َ ِ ُ ً ٍ ٌ ّ ْ )

These are some important features about Arabic . So how can I learn it ?

As I have promised from the beginning I will give the practical ways to learn Arabic.

1 – Learning How to Write :
Understanding the mechanism of the language starts from the writing aspect to come over the challenge of the habitual logic of writing from the left to the right.
Mastering the sounds is a must in my personal opinion as a linguist.
You need to get used to the writing logic and the different sounds produced by mixing the letters with the forms .
You can start producing letters and sounds as much as you wish even if they are senseless.

2 – Learning the Elements of the Sentence Separately :

Try to focus on four pronouns at the beginning ( I – you – he – she )
As people still can understand you even if you make he as she or you ( male) as you ( female ) .
Learn the pronouns – basic / common verbs / and some nouns and adjectives.
This step will get you closer to the language and gives you the chance to make your first sentences in Arabic.
Start with easy topics :  Colors / numbers / days &months / feelings  etc…

In this phase you will start producing the language after acquiring the essential elements for that , by understanding and writing .

This phase will be the practicing phase of the language where you will have the chance to use the acquired knowledge by speaking with a native Arabic speaker. To help you adjust your pronunciation.

Where can I learn that while I don’t have Arabic professional friends?

This question was the main reason for me behind creating an online language school The Speaking Cats. This school is registered in Estonia under the registration number 14748883  on June 26th 2019 by the commercial court of Tallinn Estonia .
Our school gives you the chance to learn Arabic ( check our courses here ) in  professional way with Arabic native speakers who have Bachelors in English to make the communication easier for you.

The classes will be structured the same way I have described along this article.
All classes will contain two parts :
1- live Arabic Lesson:  A native teacher will give you a live lesson at the time you select. As all your classes will be recorded so you CAN watch them again whenever you wish

As I’ve always said : A language today is a treasure tomorrow.

I hop that I’ve helped you with this article.
Please if you liked it or if you have any question leave a comment below  to encourage us to keep posting.

Thank you for your time . 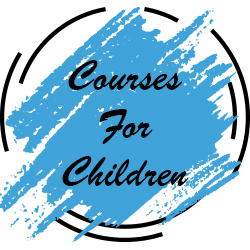 This is a free model class for kids
Free